A keypad/keyboard usually forms a functional and aesthetic user interface between the control systems hardware and its software. The addition of backlighting significantly enhances the visual impact of the product or user interface.

Customark is leading the way to developing and printing fully functional Fibre Optic and Backlit Keypad Fascias with illumination, something that is usually dismissed by keypad printers/manufacturers due to a lack of experience, ability or understanding.

GET IN CONTACT WITH OUR CUSTOMER SUPPORT STAFF TODAY! 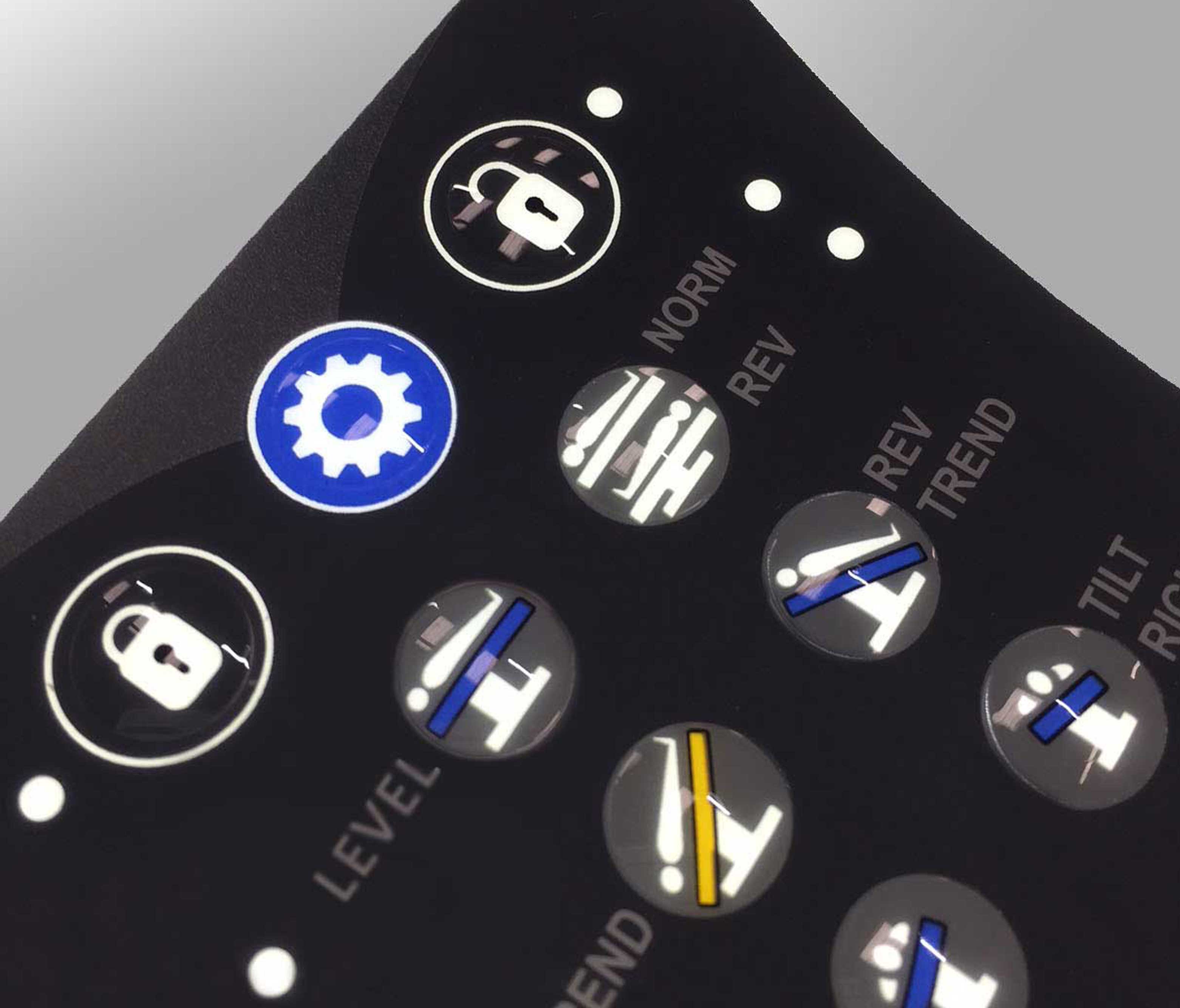 Backlighting is achieved, usually, by one of two methods. Fibre optics can be added where a single point of a light source is taken along optical strands and emits over a large surface area. This is generally more suited for overall backlighting rather than individual areas of the fascia or keypad. The fibre optic pad terminates on a tail which is attached to a standard 5mm high powered through-hole LED. The backlighting is subtle which is useful in dimly lit applications.

The second method of illumination utilises surface-mounted LEDs. The LED’s can either be mounted directly on to the switch circuit or alternatively on the back of the switch circuit which is more common on a capacitive touch application and backlit keypad fascias.

High volume applications have a separate PCBA for the LED’s that adhere straight onto the back of the backlit keypad fascias; with this method, the output on individual areas can be controlled independently with the electronics. PCBA applications enable the developer to utilise haptic feedback for non-tactile applications.

Fibre optic keypads are typically 1mm thick whereas LED circuits generally are up to 3.5mm thick to allow for the embedded light guides.

Development typically has more cost attached due to the time frame and complexity of the design. However, Customark has an internal design team to support customers from design inception to production.

NOT AFTER BACKLITT KEYPAD FASCIAS?

Why not check out our other products: