In Mould Decoration offers a branding opportunity providing mouldings, off the press, with full graphics and functionality such as unbroken surfaces with living switches and display windows.

Customark as a specialist in product branding is one of the most knowledgeable in the field of In Mould Decoration. Using our print and moulding experience provides unrivalled support for new and existing projects.

The process itself provides tangible process efficiencies and full surface wrap with graphics. The ‘A’ surface of any product can take on the surface property of the films such as Antimicrobial, Hard coat or antiglare. Finished parts off the press without the need for post moulding processing is a significant factor in adopting this technology. The advent of In-Mould structured electronics (IMSE) is the latest development which can incorporate flexible circuits and surface mount components such as LEDs. 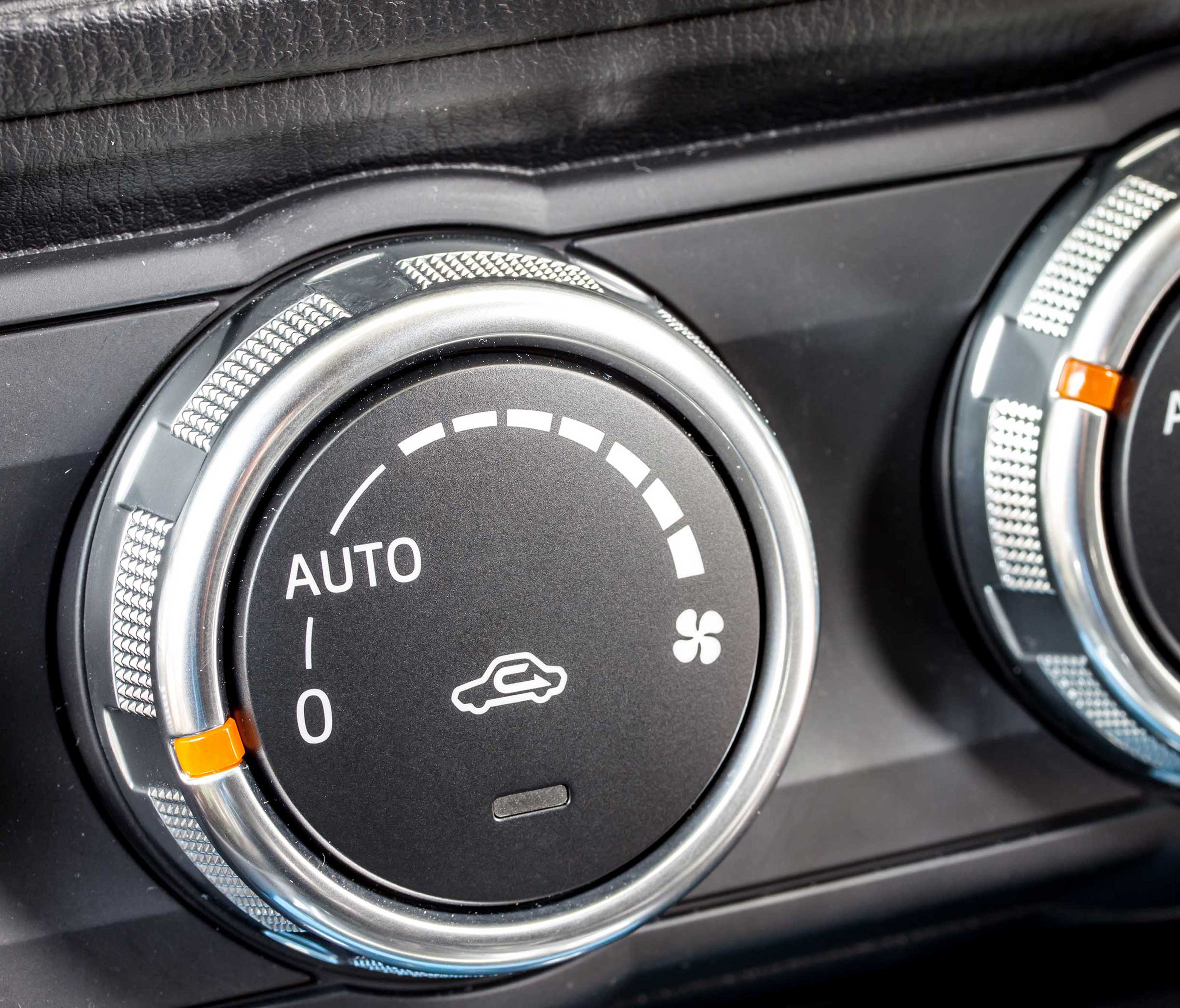 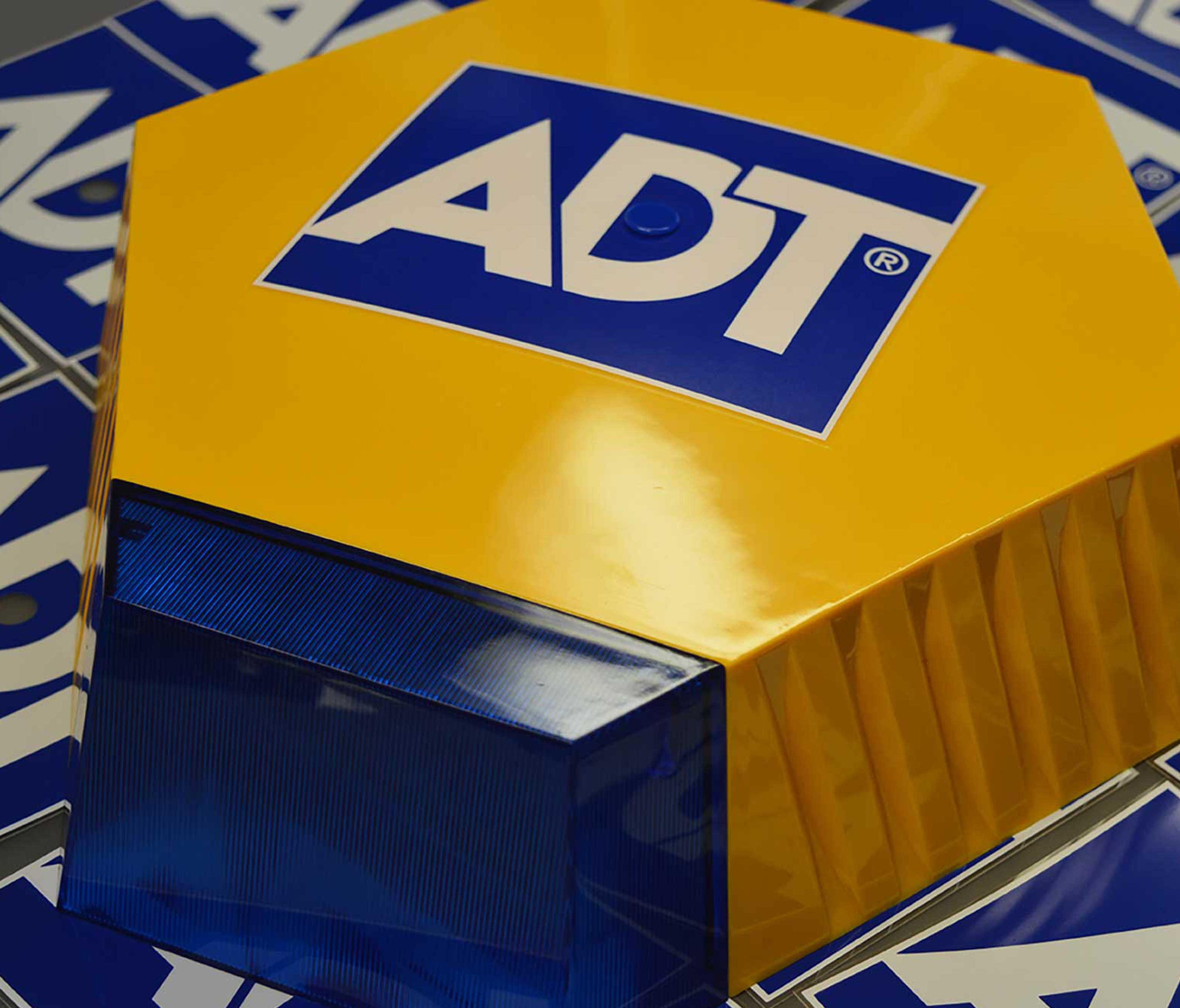 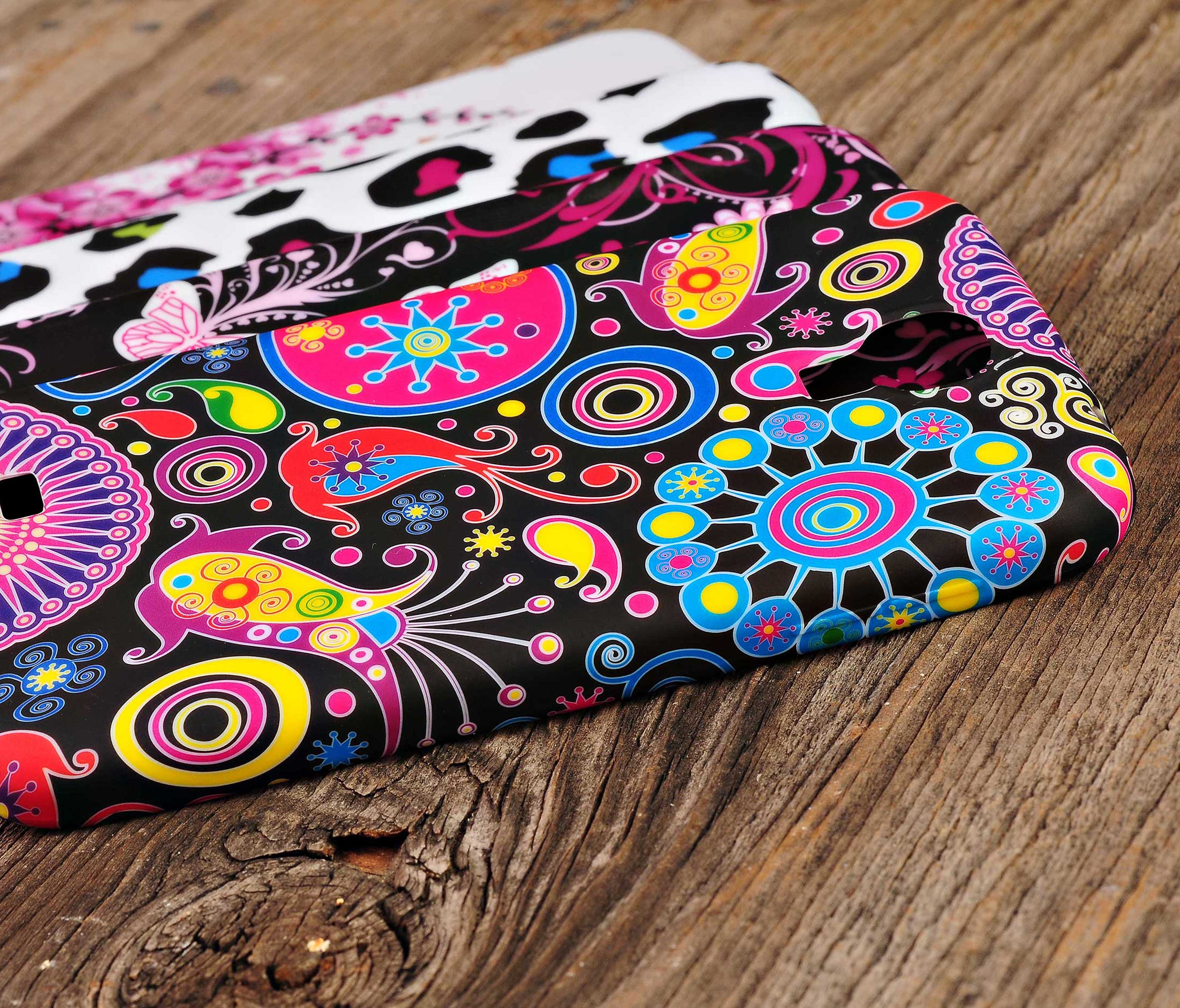 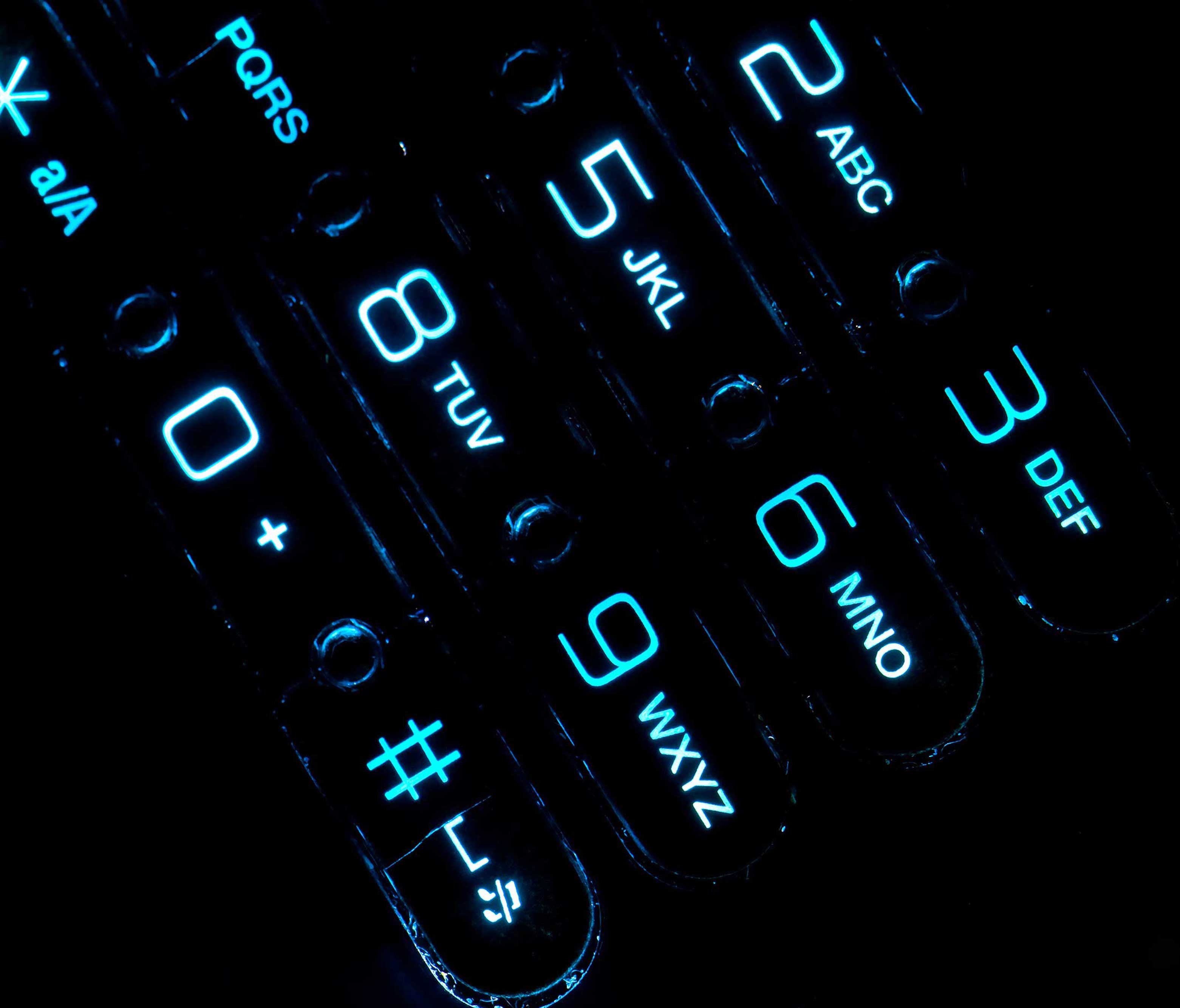 In mould decoration or IMD as been around for a long time now. It was almost exclusively the realm of mobile phone lenses and keypads in the late 90s. Film, ink and moulding technology has moved on significantly over the years.

For new product design, the term IMD or FIM often gets discussed, sometimes all too briefly as there seems to be a fear of the unknown. Success or failure appears on a knife edge and very often it is the lack of experience from the printer coupled with a lack of understanding from the moulder that forces the inevitable final decision to steer away. However, from the projects that have benefited from good process knowledge, married with project experience it has won over. Very often the process is adopted wholly and with confidence delivering outstanding results. The flexibility that this technology brings to design and production is difficult to ignore.

Surface integrated graphics might be a reasonable way of putting it. Whether it is just a flat film placed in a cavity or a fully formed and trimmed applique design to work as a transition fit into the mould tool. It can make the difference between something looking like a modern automotive or mobile phone fascia rather than out of the 70s. The functionality is one of the key benefits, clear windows, living switches, hard coats, anti-glare, anti-microbial, hidden till lit legends. All full surface wrapped and no post printing, dipping, trimming, coating. That’s one of the other key benefits, achieving finished parts off the press. How much value can be attributed to that?

Firstly, advice costs nothing. It’s an old cliché but it is true and especially relevant to IMD and new product design. Process qualification is best effected at the design inception stage before the design has gone down previously explored paths. Our team have witnessed on numerous occasions, a comprehensive design review as the benefits are realised. So it is worth exploring early in the design process and review some examples of what can be achieved.

We have an experienced team that can offer reliable advice to new and existing products.

Every process has its limitations as well as its benefits. So, to try to evaluate a potential project we have to compare processes before deciding which route to produce we are going to take. Below is an example of the benefits and challenges for a single design. It shows a sectional view of a made-up front moulding. The method on the left is a more conventional route to a functional fascia, on the right is the IMD route. I hope you find it informative.

The biggest hurdle for IMD is the tooling costs. However, more often than not, the added tooling for forming and trimming costs are easily recovered with increased efficiency. Sometimes this is difficult to quantify though. A good example here is using one mould tool production set up and running through a range of printed appliques with different colours or designs. The added functionalities such as self-contained windows and switch buttons speak for themselves.

Functional surfaces such as anti-scratch, anti-fog or anti-microbial, to suggest a few, save on expensive secondary processing. In flat film applications the tooling is virtually eliminated.

There are a few myths surrounding this process such as the thinking that it is only for high volume parts. This isn’t necessarily true as product designs can facilitate an easier application of lower volume films or appliques, maybe hanging from pins around gates to be later trimmed.

Another myth is that it can’t be applied to existing products. More often than not an existing mould tool can be adapted to work with a film insert or applique. This usually involves modifying the gates and ejection. The application of the ink to strengthening areas where gate wash is present can also help.

So onto materials, and this is a big one, you don’t have to have like for like printed appliques or films to moulding materials. The ink manufacturers have spent a good deal of time with film systems developing and proving ranges of inks and lacquers which created the bond between the inserts and the moulding resin. So, you can have a hard-coated polyester film or applique and mould with ABS. Food for thought if you are using expensive moulding materials to achieve certain first surface criteria, let the film do the work!

Looking back over the years, the process is developing in the UK and we have some clever companies adopting IMD for their products. Uncertainties and price increases with off-shore manufacturing fuelling re-sourcing within our own borders can be a factor in product design.

Projects are easy to qualify and it costs nothing to have those early discussions to advise on designs or products.

An in mould decorated product has an array of beneficial features that enhance the aesthetic and functionality of the component:

Click on the ABOUT TAB for more detailed information

We have an existing moulding tool, does that matter?

Most often, we can work around existing tooling but it very much depends on the gate configuration. It usually works out OK. A simple test is all that is required which will not damage the tooling.

Is the tooling more expensive for IMD?

Can the Injection moulding tool be used without the film inserts?

How are the films applied to the mould tool?

The film inserts are placed in or on either the cavity or core. They are located using either features on the steels or on pins outside of the cavity. For applications where there are no fixed features, static pinning or vacuum is fine

Does this affect the cycle time?

If the parts are hand loaded then yes. This normally adds about 20%. If the inserts are loaded by robot then no. It will, overall, reduce production timing as there is not normally any post processing operation to manage.

Can the IMD process save costs?

If the process is managed correctly by the right partners, then yes. Finished parts off the press with no post processing speaks for itself. Also the process introduces more flexibility in product design and therefore creates more opportunity for added value.

What are the tooling costs?

Full form geometry is expensive for form and trim tooling. Tooling for flat film applications are no more expensive than a conventional label.

What materials are available?

All commercially available film materials can be used for In Mould Decoration.

What about surface finish?

The film properties can dictate the finish or attributed of the finished part. Hard coat, textured, anti-glare, anti microbial. The list goes on. For ‘A’ surface decoration, a commercial finish on the mould tool is sufficient

I have an odd moulding material, does this matter?

No not usually. The film insert does not have to match the moulding material

Are there any development costs?

This is dependent on the complexity but yes, there are development costs. These are normally restricted to limited runs in line with normal testing from T1 onwards.

In mould decoration utilizes a wide range of materials and finishes. The usual materials are polycarbonate or polyester. The finishes can include the following

Selective lacquers can by used to offer areas of high gloss or texture which enhances the aesthetic appeal of the finished product.

The film material does not have to match the moulding resin as it is the ink system that creates the bond between the two components. Carefully prepared and processed ink application is key to success. We use Proell inks for oour IMD application due to their high quality and reliable processing results.

For more information on available materials you can visit the following links:

Advice can be offered regarding alternative material or finishes.

Look for something else?

Check out our other overlays and membrane keypads here: